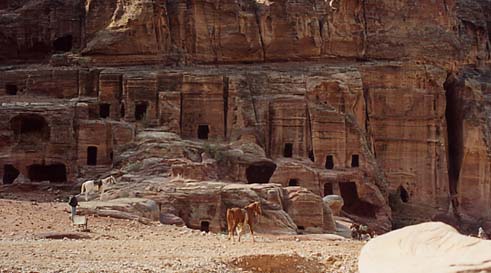 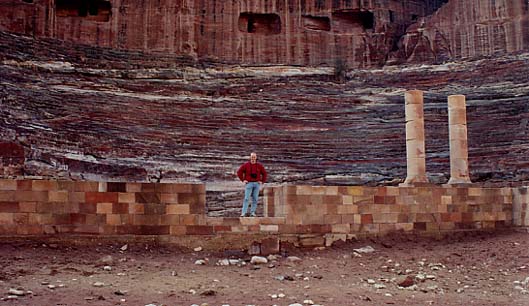 "The 7000-seat Theatre was first constructed by the Nabataeans around the
time of Christ, probably during the reign of King Aretas IV, in early years of
the 1st Century AD. After a century of Nabataean use, it was refurbished by
the Romans shortly after 106 AD, and went out of use as a theatre after the
violent earthquake of 363 AD. The 15 metre high rear wall - which sliced through
several Nabataean tombs - improved the acoustics and supported the drainage
gallery which carried run-off rain water around the theatre." 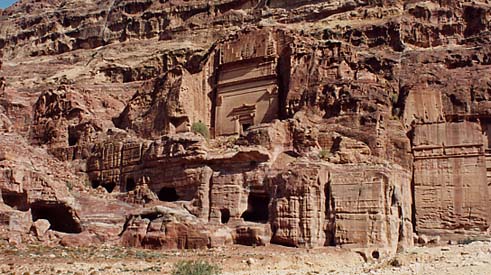