Lots of stones... I'm not sure, but this could be the temple of Nabu.

"The Mosopotamian god Nabû, son of Bel- Marduk and scribe of the Tables of
Destiny, was very popular in Syria and particularly in Palmyra. He was identified
with Apollo. According to the texts found in this site, construction of the temple
began during the first century A.D. and continued into the second century."

And this should be the temple of Bel. It is situated in a very large courtyard, 210 x 205 meters.

"Bel was the main god, identified with the Greek god Zeus
and the Roman god Jupiter. The word Bel represents the Babylonian pronunciation
of the Semitic word Ba'al, which means "master", and designated the supreme God." 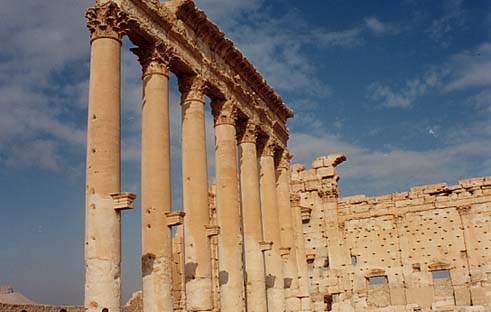 Pillars of the eart... 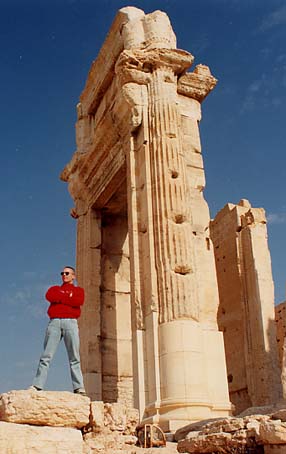 Another picture of me.... Great weather!